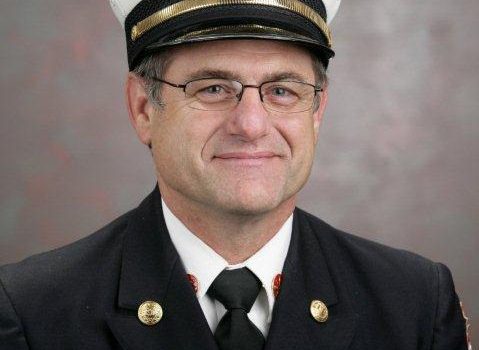 Gaining Compliance through Occupancy Use Permits.

On January 1, 2018, the Grand Island Fire Prevention office in Nebraska implemented their new process to issue Occupancy Use Permits with a fee range from $100-$300. I spoke with Fire Prevention Chief Fred Hotz about how the new policy was working for them and the response has been overwhelmingly good.

Time for a change

In 2017, the city council approved the change. This assisted the fire prevention office in a problem they were running into during inspections. Buildings were issued occupancy certificates for one occupancy and over time the occupancy would change. Many owners were unaware of the standards for buildings and how the fire inspectors inspected various occupancies, therefore Fred was not notified.

“Storage facilities have posed the largest surprises. Many questioned at first why we needed to inspect these buildings. I explained that the storage of flammable liquids, for example, poses different hazards. These facilities need to be inspected annually. We’re also finding small repair garages and paint booths being set up in these buildings. With this new system, owners are more aware of the need to notify us.” Fred explains.

With this new policy, Fred is noticing a shift. “With this new fee and permit, we’re getting rapid compliance. Before, it seemed there was no rush.” Fire and Life Safety inspections are to prevent dangers and make the public aware of safety. And his community seems eager to pass inspections and receive the Fire Prevention stamp of approval. “The permit has the expiration date printed on it, so the owner knows when it is time to expect us to return. Many times, they are calling us to schedule it. The flow has been steady.”

However, on the rare occasion, there are legal measures in place when an owner is not compliant. That is not the initial response. “I make multiple attempts via email, phone calls and in person if necessary to help the owner understand the importance of compliance and the ramifications if they do not comply.” The city ordinance was also updated to include the $500 per day violation for non-compliance. The further result could be attorney fees, court fees, fines and in the end, the judge will enforce the compliance.

In the last year and a half, Fred has only seen this happen twice. “It is far and few between”, Fred is happy to report, “We are working with the owners to re-issue the Occupancy Use permits, we’re not working against them. More than not, the community is happy with the changes, even with the fee attached. Business owners are responsible for paying and ensuring they have the correct Occupancy Use Permit.”

The Division is cleaning up their records and attaching the correct occupancy use to each building. But that isn’t the only part that changes with this sort of policy. Fred originally did not plan on being responsible for fee collection. However, after looking into several options, he ultimately decided it was best for him to take on the responsibility. “I had no way to know if a fee had been paid and when to issue a permit. This was just easier in Codepal to issue the fee, create the invoice and track it from there. Now the checks come into our office and the permit is issued.”

“With the fees collected, we’re able to justify the addition of two inspectors in the Fire Prevention office. With the additional staff, we’re able to be more productive, which attributes to more compliance and makes our community safer.” On average, the cost is $100 per property where the triennial inspection can be completed in under 2 hours. For target hazards (yearly), 12000 sq ft or larger, $200. If the inspection is over 3 hours, $300. Fred works with owners when there are multiple buildings on one property. He’ll combine them into one inspection to save the owner.

Overall, I know Fred well enough to say, he’s not making these changes to accomplish anything other than what is best for his community. Thank you, Fred, for taking a moment to share your progress with us and our Codepal community. 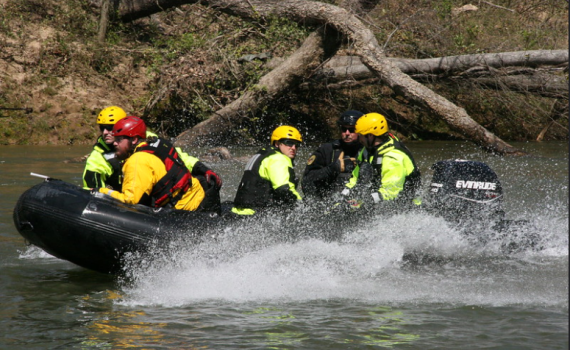 “There was no cost to participate. We were able to secure exercise grant funds and SAR designated exercise funding to put this together. Burke County was awarded the grant to do a local exercise and when we found out other funding was coming available. We talked with state Emergency Management and decided to combine forces and offer a bigger statewide event. North Carolina has never put on an exercise of this type and magnitude before. Everyone is very pleased with the outcome. With it being our first, we certainly learned a tremendous amount to make it better next time. We hope to do it again provided we can secure the funding.” says Mike Willis, Burke County Fire Marshal/EM Director

About the Catawba Flood Exercise

The 2019 Catawba Flood Exercise was a wide area search exercise designed to test water rescue capability to mobilize, integrate, and deploy flood rescue assets in response to a large scale-flooding incident. The exercise included areas to test resources in dynamic and static water rescue, wide area search, logistics, and base of operations, communications, as well as command and control. Air and ground resources were utilized to respond to various scenarios and time was provided for debriefings to share best practices across the various response agencies. This exercise was open to in-state and out of state resources as one of the main exercise objectives is to integrate response organizations across multiple jurisdictions.

Congratulations Burke County Emergency Management on the success of your event and we wish you success in future events. 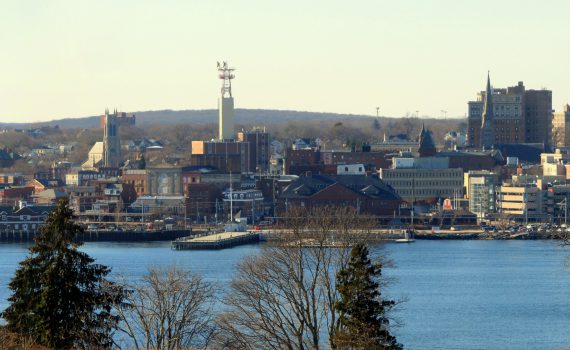 
New London Connecticut is a city, set in a beautiful coastal backdrop. They are steeped in history, dating back to 1646. And they are making big strides in their business practices.

Felix Reyes, Director of Economic Development and Planning, was looking to streamline the citywide office business processes. He wanted to eliminate the archaic paper-based business practices. As well as improve communication between departments. Furthermore, improving the service they were providing the public. And he was looking for the right technology to help him do that.

Vernon Skau, Fire Marshal for the City of New London, had been using Codepal since 2006. “We purchased Codepal to efficiently complete inspections. Over the years this has transformed into a data collection system. Tracking all activities taking place at a property.”

Vernon works closely with New London Building Official, Kirk Kripas. They have mutual respect and good communication between their departments. Kirk and Vernon were talking about improvements to their process and how to remove any bottleneck procedures. Notably, an excel spreadsheet that was emailed back and forth with permit approvals. The process was inefficient and created a bottleneck.

Codepal was discussed and soon placed in the building department budget. Fast forward three years and the purchase was still waiting on budget approval.

When Felix was hired in March 2018, he began formulating a plan to tackle issues they were facing. “Our Fire Marshal uses Codepal and loves it. Vernon highly recommended it” says, Felix. The budget was passed and Codepal was purchased in 2018. “I was most interested in improving the interface between our building department and zoning.” As a result, the purchase was for the two additional departments.

Changes are not always bad

“The biggest change I’ve seen is the communication lines have been opened between the departments. Good and bad, but there is no more silence. They are communicating and I hope this continues to get easier and smoother over time.” says Felix.

Vernon noted “Since Kirk came on board, I can now see all building related permits and inspections. In the middle of the night, when I receive an emergency call, I can learn about the property instantly- permits and inspections all available for me to see. This is a time saver. Now we share a unified database.”

Kirk agreed with “the efficiency of how tasks are handled and researching permits is speedy and clear.”

This isn’t to say there were no speed bumps. “The staff wasn’t sure of themselves after training. But over time, knowledge has improved and has aided in the unsteady feeling from staff” notes Felix. “Codepal was always accessible and that was important to us. They were always available for a phone call anytime.”

Kirk agreed, “They have been very responsive. Issues are resolved quickly. It is nice to pick up the phone and talk to someone instantly. The customer service has been incredible.” This is a key component to their success. Uncomfortable staff had the support needed to embrace the change and gain comfort in their knowledge.

On the positive side, Vernon says the service has never changed, “It has been impeccable from day one, all the way back to 2006. Sometimes I feel like their only customer with how responsive they’ve been.”

Advice for other cities looking to make this type of change.

Streamlining business practices from paper records to electronic processing can boost your city’s performance and profitability. It is a turning point for many cities.

Felix’s has some advice for those looking to make the change. “Be prepared to help your staff push through any growing pains. Put your house in order first, your processes must be in place before expecting software to fix it. You have to be in it to win it and have the mentality to commit and stick with it.”

Click here for more information about our City Wide Solutions.