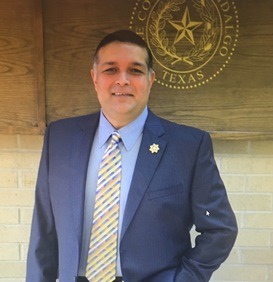 Taking it to the next level: re-evaluating our processes.


The service from Codepal has been dependable and superb. It has made life easier for us. The Codepal staff makes themselves available to us.

Homero Garza was appointed to the Hidalgo Fire Marshal position March 7, and re-appointed January 23, for another two-year term. Previously he worked for a local hospital as a director of security and transportation and Environmental Risk Manager for eight years.

Upon accepting the position, one of Homero’s goals was to transition his office from paper inspections to the next level, using technology. “It was a challenge when looking for historical data or past inspections. It took extra resources.” Not just in the time to find what they were looking for, but the cost of the extra storage space. Storage space is limited and costly to store documents/inspections for numerous years.

He began researching software and asking around about what other local companies were using. He just needed to get an idea of what was out there. One of the local fire departments uses Codepal and spoke to him about Codepal’s processes. “We were required to get 3 quotes, we requested a quote from Codepal. The biggest difference for us was the face to face interaction we received from Codepal.” Bob and Pam met with Homero about his needs and demonstrated the software.

The staff is always available to us

Later, “Codepal staff came in-person to work with my staff to assure the set up was exactly what we needed and came back to train us. The Codepal staff is available to us.”

“During analysis with the Codepal staff, the conversation turned to our evidence storage. Realizing the process needed an overhaul, we spoke with the Codepal rep about our concerns with our current process. They set up an evidence piece to meet our needs. It is important to keep evidence safe and accounted for and this is reliable. We re-organized the room and streamlined our evidence management. Accountability is key, and preservation of evidence is the biggest hurdle we overcame.” The entire process allowed the Fire Marshal staff to re-evaluate a lot of areas. They discovered documents being stored that auditors already store. “We have eliminated redundant processes.” This not only saves storage space but time. A fresh look at processes can be all it takes to quickly see where you can save resources.

“The whole experience has been great for us. Now we have history and reporting available at the click of a button. We no longer search through stored documents to find what we need.

If you would like to speak with Homero about his experience with Codepal, please email him at: homero.garza@co.hidalgo.tx.us